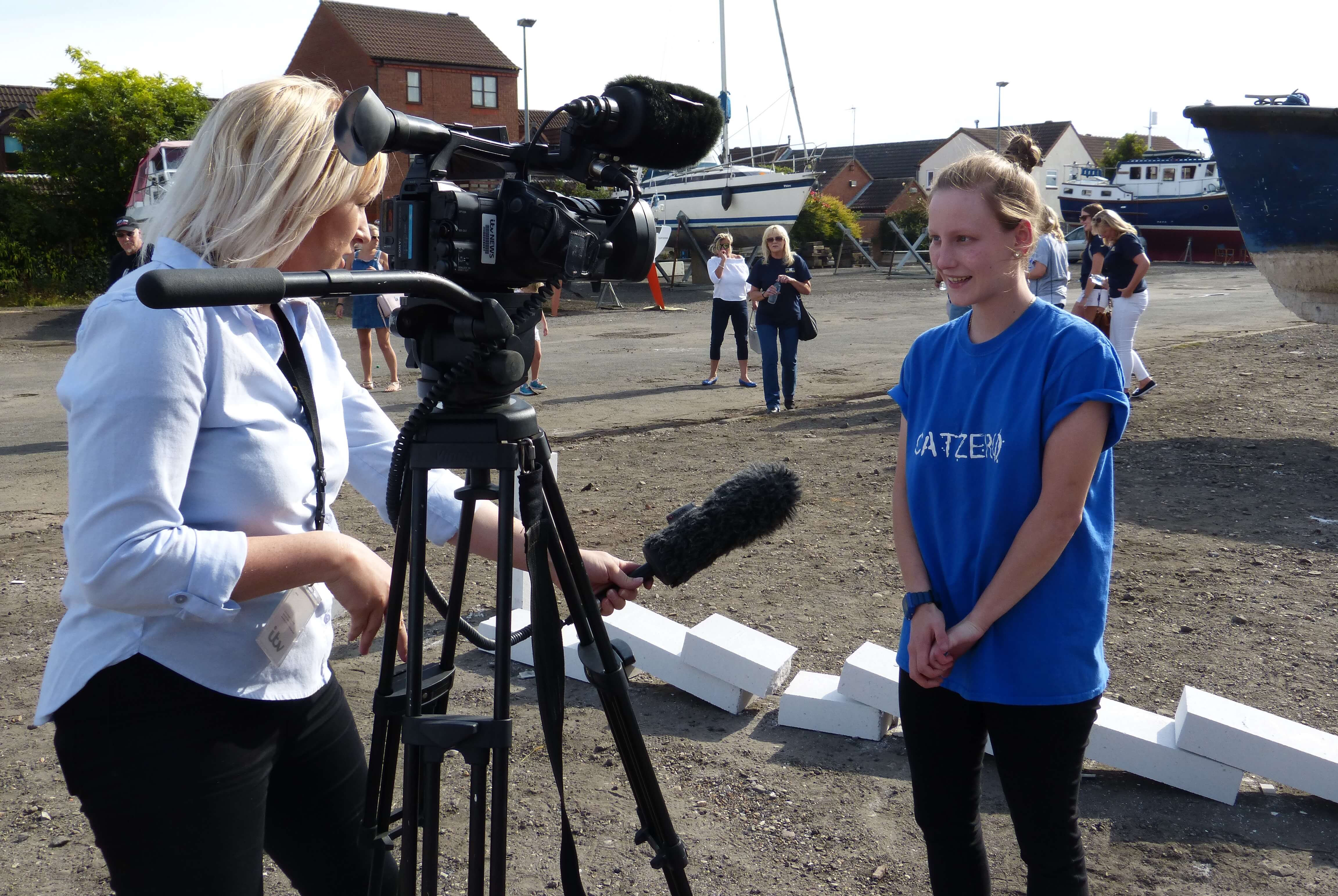 THE honour of starting Hull’s domino spectacular went to a young woman who has changed her life around, thanks to CatZero.

Beth Love, 21, of Hull, pushed the first domino at the Boat Yard in Hull Marina on Saturday (August 11) – setting off the chain reaction of two miles, lasting 60 minutes.

Dominoes, by Station House Opera was Absolutely Cultured’s playful and epic summer event in the city. A total of 450 City of Culture volunteers worked alongside Artistic Director, Julian Maynard-Smith, to install the incredible structures, using over 12,000 breezeblocks. Weaving its way through streets, public squares and falling from windows, the event was kick-started by Beth when she tipped the first domino block.

She had been asked to perform the task on behalf of CatZero – and admitted to being just a bit overwhelmed to be standing in front of an impressive crowd, who counted her down to the 4.30pm start. Beth explained to people watching why she had been asked to launch the event, chatted with Absolutely Cultured’s Creative Director and CEO Katy Fuller – and was even interviewed for ITV’s Calendar. 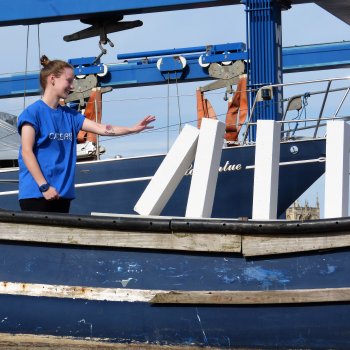 “This is an honour, but I must say I was not really expecting this crowd, what a responsibility,” said Beth, as she climbed onto the boat to tip over the first domino block.

Beth successfully came on one of our programmes back in 2015, when her plans to go into the Army had to be put on hold. The three-months saw her pass numerous qualifications, as well as build her confidence and tackle our eight-day sail – a return trip to the Isle of Wight.

“It changed my life. Thanks to the CatZero team I went back to college, and then last October spent two months in Nepal as part of Raleigh International, which had only been possible due to the support of CatZero too. I returned and after looking at what I wanted to do, I am now really, really enjoying work as a trainee croupier. I thank the team for my confidence and my future,” said Beth.

This site uses Akismet to reduce spam. Learn how your comment data is processed.