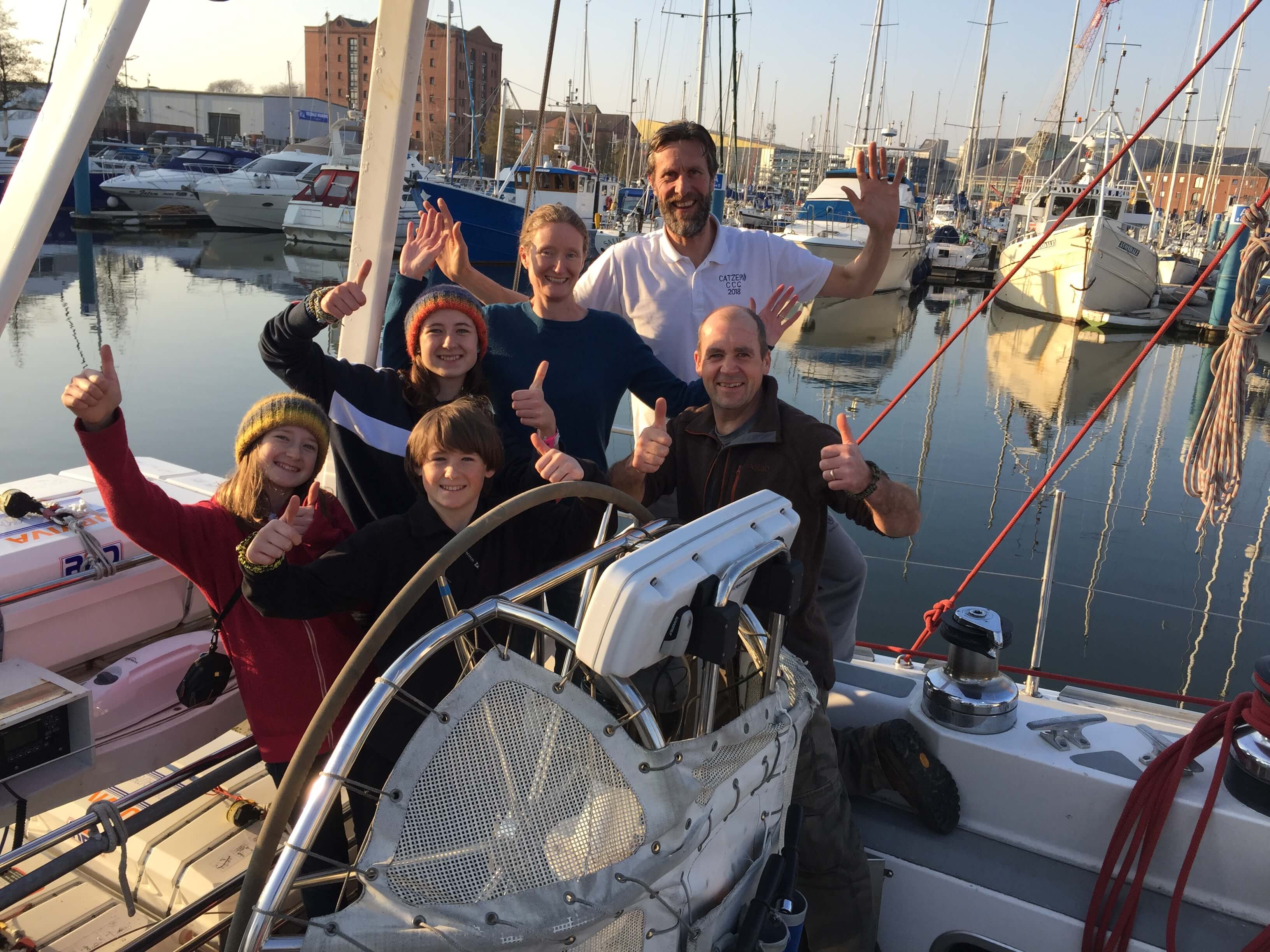 THE CHICKS are a unit of five – a normal family who together have shared an extra-ordinary journey, during which they have seen the UK as a country where social division is rife, but our strong community bonds provide hope.

More than nine months ago, the Chick family, comprising of mum Jem, dad Dave and children Gracie, 16, Evan, 13, and Irys, 12, embarked upon a mission, which would change their perceptions of the country we live in forever. It is now their hope that the lessons they have learnt can be used, by them, to spread a message of community, bridging social divides and promoting togetherness for all.

After hearing about the leading Humber-based charity CatZero, which uses sailing as an integral part of its transformational change programmes, the Chicks became avid supporters of the organisation and what it stands for, particularly its work with young people and full families.

They planned a mission to raise money for the organisation by travelling around the coast of the UK living on a Tenner a Day and in May 2019 the journey began in their tiny Morris Minor – setting off from Hull and returning to the city in January. Their current total standards at more than £16,500.

Home schooling gave Jem and Dave the freedom to decide that such an adventure would provide their children with a unique experience, an unrivalled life lesson.

And it most certainly has – with an unassuming confidence rarely displayed at their age Gracie, Evan and Irys are truly likeable, with an ability to mix socially at all levels in a warm, almost gentle way. Clearly comfortable in their own skins, the children are now equipped with the determination and vision to achieve while helping others.

The family’s transport and home for the nine months was Mo, their 1960s Morris Minor converted camper van – a vehicle that played a vital role as the Chicks travelled the 7,430 miles.

“It was fascinating to see how Mo and her uniqueness gave people permission to talk to us, providing a reason to strike up a conversation. It was then that barriers were broken down and we could all see that we’re not that different after all,” observed Dave.

The large social divides within individual communities struck the whole family as they travelled from town to town – around the Scottish coast down into Liverpool, through Wales, across the south coast and back up through Lincolnshire.

But those divides were matched in equal measure by individual efforts to bridge the gaps, to re-cement communities and to bring people together. Playing their part in such work, the Chicks launched a series of CommuniTeas – inviting people to social events on their travels.

“Everywhere, we saw the importance of communities coming together, bridging social divides.  It makes a difference to people, reduces social isolation, builds friendships, gives people purpose, supports people struggling with their mental health and saves lives. What we experienced was a massive social divide, but we also saw so much hope,” the whole family agreed.

Jem added: “You often don’t see all the good that is going on that makes a difference. When you go looking for it, there is so much positivity and that provided inspiration, it makes you realise it’s not that bad.”

Dave agreed: “It’s easy for people to become cynical in today’s society, when they do not see the good out there. But if you look you see so many people supporting each other, and the power of community projects.”

The family’s children are the future and it is their journey that will perhaps, effect the most social change. Gracie is adamant that their mission will do just that.

“I took on this challenge as a young person, on behalf of my generation. To let them know that I care, my family cares and to encourage others to look around them and see where they too can make a difference in their own communities,” she said.

Ironically it was social media and Facebook, so often criticised for its negative impact upon our young society, that has been used extensively by Gracie in spreading her family’s positive message. And it also proved vital in the Chicks’ journey. When Mo had a moment, with frequent breakdowns, it was ‘shout-outs’ on Facebook that saw the family rescued, and their CommuniTeas were well attended when the social media message was spread. 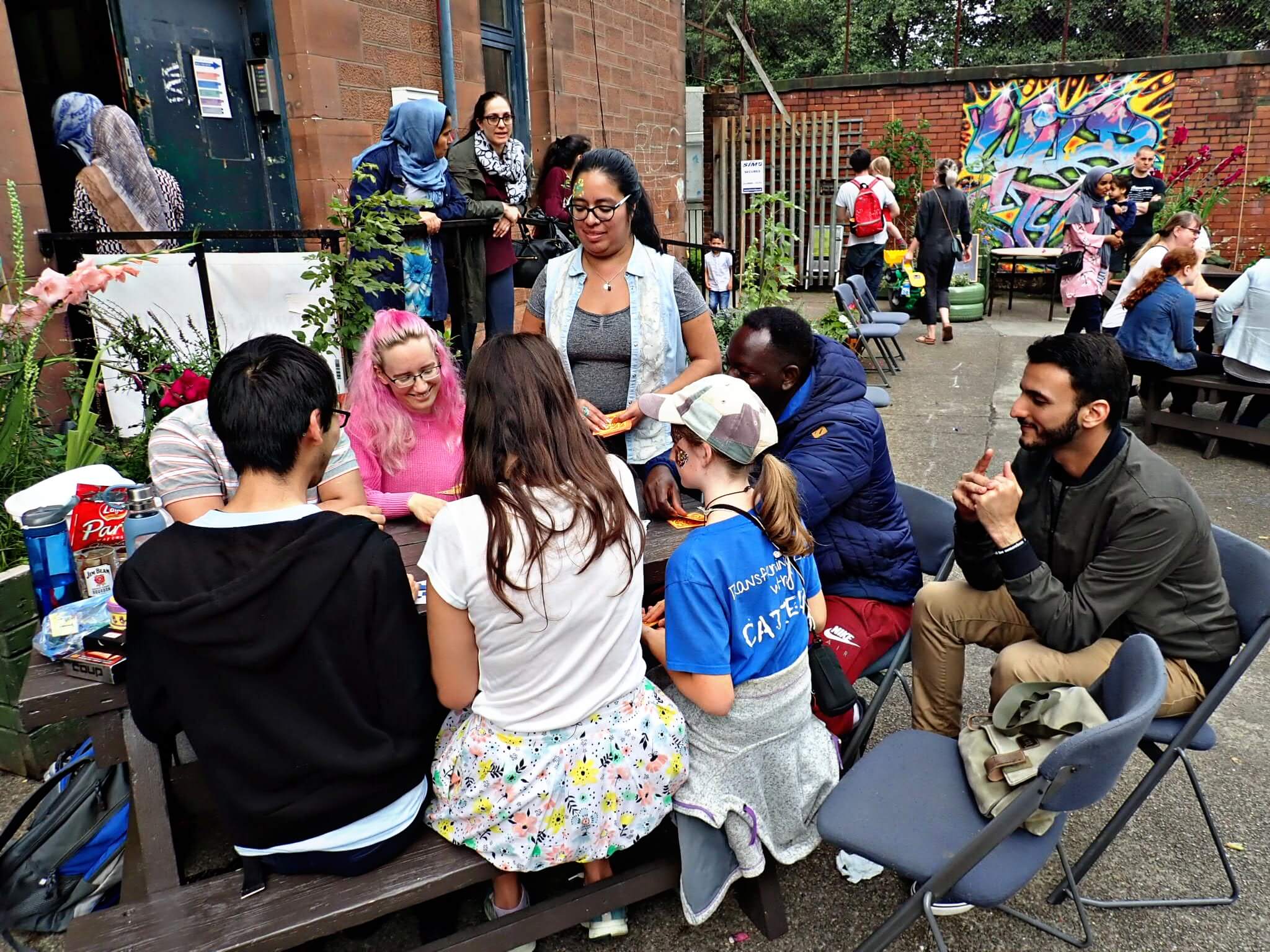 The family also learnt of so many of the community projects via social media – from  ‘FitClub’- a group of all generations exercising together, forging relationships and supporting one another to Refuweegee – a charity in Glasgow bringing the local and refugee communities together to show that we’re not all as different as we think. The family also highlights the work of Rusty Road 2 Recovery, a garage that uses the restoration of classic cars to restore the lives of people struggling with mental health and social isolation.

As the Chicks’ journey continued, so did the opportunities – a chance meeting with the President of the UK NATO Parliamentary Assembly in her hometown of Wales led to an invite for Gracie to attend the NATO Engages conference, and there have been opportunities for Evan to meet Scottish Explorer In Residence, Craig Mathieson, and follow his ‘explorer’ dream. Irys has a keen interest in marine wildlife and has had numerous opportunities to learn from experts and enthusiasts all around the coast.

Gracie has also started an on-line book on Spotify charting the adventure, the family has a new One Life Share It website and, after a brief visit back to their Sussex home, they are back on the road – spreading their CommuniTea message.

For more information on their latest project visit www.onelifeshareit.uk

Previous Post The CatZero 30 marathons in 30 days challenge – why Danny’s doing it Next Post What inspired CatZero’s David to get on a bike for the first time in 30 years?
Menu